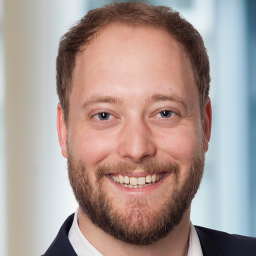 Addicted to SEO and traffic generation. With attention to detail. My philosophy: Who does not test, will be put to the test in the long run.

How To Optimize Conversion Rate On Low Traffic Pages?

Who has too little traffic, should not do an A/B test? Correct? Wrong! You may think you can’t optimize conversion rates with low traffic to your site, but with the right approach, any site can get good results!

A low traffic volume doesn’t have to be an obstacle when performing A/B tests. With the right planning, statistically valid results can still be generated. And this even without having to test for several months!

Highly visited websites can run multiple experiments and variations at the same time and see statistically significant results in a matter of days or weeks. This produces faster iterations, more tests, and more data proved results.

In contrast, sites that optimize conversion rates with lower traffic can still run the same amount of tests and variations but they won’t produce the same statistical significance without adding copious weeks of time to the experiment.

What’s the Benefit of Optimizing Your Conversion Rate when Having Almost No Visitors?

You are right. Above I only stated that not testing would be wrong. But here is a small example of WHY it makes sense to optimize especially lower traffic websites! I work heavily in local SEO and therefore have to be satisfied with much less traffic than SEOs that optimize national or international websites.

However, this approach still works very well – better than most people think – because less traffic doesn’t mean that it doesn’t generate any revenue!

In fact, the opposite is true: There’s one little city in Germany, I’m doing Local Lead Gen for Real Estate Agents. Together, the main keywords have just 40 (Yes! Forty!) searches PER MONTH!

I’m getting 20 visitors per month. I know. Not that much… but this generates 5 leads per month. Each lead can be worth thousands. Indeed, one of those leads was closed last month and made a revenue of almost 6k EUR.

I have a One-Pager that is optimized for ONE keyword.

This is used to advertise an affiliate program that pays 120 dollars per sale. Unfortunately, I cannot reveal the niche here! But the search volume is just 40 requests per month. 20 users per month coming on my one-pager and the CR is above 40%!

That’s a side-hustle which generates almost 1k/month. This pays my rent or could be used to lease a car. And I don’t even lift a finger for that.

Should I Focus on Boosting Traffic or Boosting Conversion Rates?

This is a classic chicken and egg situation. Which came first for successful sites: strong traffic or strong conversion rates?

In both cases, you need to optimize. For the search engine and the conversion rate. But that’s not happening automatically.

Conversion rate optimization can be useful for any website, regardless of how high or low the traffic is. If you manage a low traffic website and you have decided that it makes sense for you to run some CRO programs, then see what I collected for you:

So what can be done to perform A/B tests, even on sites with lower traffic?

So if you only want to test one button color somewhere at the bottom of the page, you won’t be able to statistically prove this on a site with low traffic even in several months. On the other hand, if you adjust several elements at the same time – i.e. increase the contrast – you will be able to reduce the test time significantly.

The only disadvantage: If several elements on the page are changed at the same time, it will no longer be possible to determine which adjustment had the greatest impact and/or increase on the conversion(s).

When talking to decision-makers, an A/B test should primarily generate more sales, more calls, or more leads. This also applies when there are many more pages in between the tested page (due to marketing funnel, sales funnel, e-mail funnel) and the actual page where the visitor is going to convert.

In fact, each additional page increases the possibility of LOSING the visitor. If only a few sales/leads are generated daily, a significant difference between two variants can usually only be detected over a very long period of time (if at all).

So instead of relying on a higher-level measurement, you should focus on all the small steps that lead to a conversion, i.e. micro-conversions that are directly related to the tested page, such as bounces or click-through rates.

Doing so will help to reduce the distance between the change and the measured target and will significantly increase the impact of the test event on the target. In addition, you will also be able to gather further valuable insights into the user behavior on the test page.

If you already have little traffic on your website, you should avoid using multivariate tests, i.e. testing with several variants, and instead just put one variant for testing.

Otherwise, the already low traffic would have to be spread over several variants, which would increase the test duration until a significant result is achieved. If you have further test ideas, you should therefore test them sequentially – so always ONE BY ONE.

4. Avoid Niche Tests when Doing A B Test

Niche tests, i.e. tests that are only relevant for individual user groups, should also be avoided. Instead, the targeting should be as broad as possible and should attract a broad user base. Instead of testing on a single article, testing should be developed that can be performed on a page – or template-wide basis.

In the following, there are two more methods that I haven’t tested myself yet, but which I consider to be very useful!

Further down I will also introduce 3 tools, with which you can improve your conversion rate and get faster results.

Why can’t you just reduce the significance level so that you can pick a winner much quicker? Well, you could, but the reliability of the test results will be reduced and the chance of selecting the wrong winner will increase dramatically.

Most experts and A B test tools speak of statistical significance from a probability of 95%, i.e. that the results are not just random. The A B test tool Optimizely even assumes a probability of only 90% by default and also allows the possibility to adjust the significance level. Of course, this could lead to the idea of reducing this level for tests on sites with lower traffic. In this way, a smaller size would be needed to achieve a statistically significant result.

But this is exactly the reason why this should not be done. A significance level of e.g. 70% sounds like a lot at first, but it means that 30% of the results might be a pure coincidence!

When there’s not enough traffic and time, why not just increase our marketing activities and buy more traffic during the test period? Yes we could and the test period would probably be reduced, but the results are still not valid.

The reason for this is quite simple: “Artificially” purchased traffic, where users are even directed to the website with special offers, can behave differently than traffic from visitors who usually visit my website through the SERPs.

Purchased traffic can therefore corrupt the entire test result and is therefore not recommended from my side. Nevertheless, it can be used for testing offers, but the motivation behind each user is completely different when it comes to using a website.

7. Start Now and Be Patient!

As always in life, there is a lot you can do, and usually, our to-do list is full of tasks to be done. But – and you probably know this – things only change if you take action accordingly.

To make this step a little easier for you, I have summarized 3 different tools below that will help you to make this process as easy as possible and to minimize the hurdle for this crucial first step!

3 Tools To Improve Your Conversion Rate

Hotjar complements and extends your web analytics data with visual representations of how users move around your website. This includes the measurement and monitoring of user behavior using:

Plus: With Hotjar you can actively gather the opinion of your users – through various surveys and user tests. Both of these are the ultimate disciplines in conversion optimization.

This allows you to find out WHY users behave the way they do – much faster and easier than Google Analytics can do with click and event analysis. Except for the in-page analysis, Google Analytics has none of these visualizations.

Yandex Metrica – the analytical tool of the Russian search engine

What is Yandex Metrica? A free web analysis service. It helps you to get meaningful reports and to record the actions of individual users, to find out what people are looking for on your site, and to collect statistics. Keep track of conversion rates – even when you are offline.

With the huge competition, especially in online business, it’s especially important to pay attention to details. Only in this way, it will be possible to stand out from the competition and generate higher sales through an optimized conversion rate.

Please log in again. The login page will open in a new tab. After logging in you can close it and return to this page.